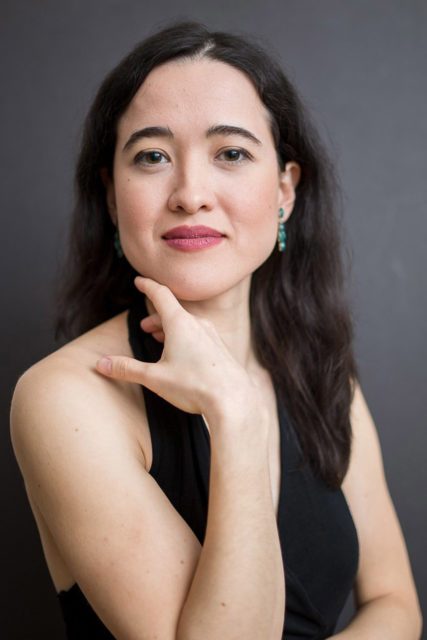 Described as a “young talent in a class of her own” (Osterländer Volkszeitung), “marvelous… with elegant grace” (Le Dauphine) and “fully in command of her craft” (Harvard Crimson), pianist Nora Bartosik has performed internationally as a soloist and in chamber ensembles in the United States, Germany, Austria, Bahrain, China, France, Italy, the Netherlands, Portugal, Saudi Arabia, South Korea, Spain, Switzerland and the United Kingdom.

She has performed in venues including the Seiji Ozawa Hall at Tanglewood, the Konzerthaus in Berlin, the Gewandhaus in Leipzig, the Gesellschaft für Musiktheater in Vienna, the Théâtre de la Ville in Valence, France, and the Casa da Música in Porto, Portugal. She is the winner of the Concours International de Piano Teresa Llacuna (France, 2013) and the Karl Bergemann Sightreading Competition for Pianists (Germany, 2011) as well as the laureate of 3rd prizes at the Premio Silvio Bengali Val Tidone Music Competition (Italy, 2015) and the International Blüthner Piano Competition (Austria, 2013). She has performed with orchestras including the Philharmonic Orchestra Altenburg-Gera, the Harvard Bach Society Orchestra, the Harvard Mozart Society Orchestra and the Harvard Pops Orchestra. She has worked with conductors including Thomas Ades, Stefan Asbury and Gemma New.

Nora Bartosik was invited to perform at the prestigious Tanglewood Festival as a Piano Fellow in the 2018 summer season, where she also appeared in Tanglewood’s Festival of Contemporary Music. She has performed in other international festivals including the Aspen Music Festival and School, the Saoû Chante Mozart Festival in Saoû, France, and the Festival des Nuits d’été in Macon, France. Her interest in chamber music and new music has led her to perform at the HARMOS Chamber Music Festival in Porto, Portugal, the Max Reger Forum in Bremen, with the Ensemble for New Music in Leipzig and as a guest artist at the Festival Baltimore. She has also performed regularly as a collaborative pianist, most recently working with the New Camerata Opera in New York City to produce an evening of American vocal music featuring the poetry of Emily Dickinson and to stage Gian Carlo Menotti’s chamber opera The Medium in its version with piano. Beyond her regular performance activities, she has served on the jury of the 2017 Suffolk Piano Teachers Foundation Piano Competition on Long Island and given recitals in Harvard University’s historic Sanders Theater to benefit afterschool arts programs for children in the Boston area.

Nora Bartosik holds a Bachelor of Arts cum laude in Music and German Literature from Harvard University, a Master of Arts and postgraduate diploma in piano performance from the Mozarteum University in Salzburg, and a Konzertexamen (Artist Diploma) degree in solo piano from the Hochschule für Musik und Theater in Leipzig. She also attended the Hochschule für Musik, Theater und Medien in Hannover upon the invitation of noted piano pedagogue Karl-Heinz Kämmerling. She wrote her undergraduate honors thesis on Swiss Appenzeller folk music, and her master’s thesis with distinction on the performance and interpretation of Maurice Ravel’s Valse Nobles et Sentimentales for piano. She was a two-time recipient of the German Academic Exchange Service (DAAD) Fellowship and received scholarships from Yehudi Menuhin Live Music Now Germany.